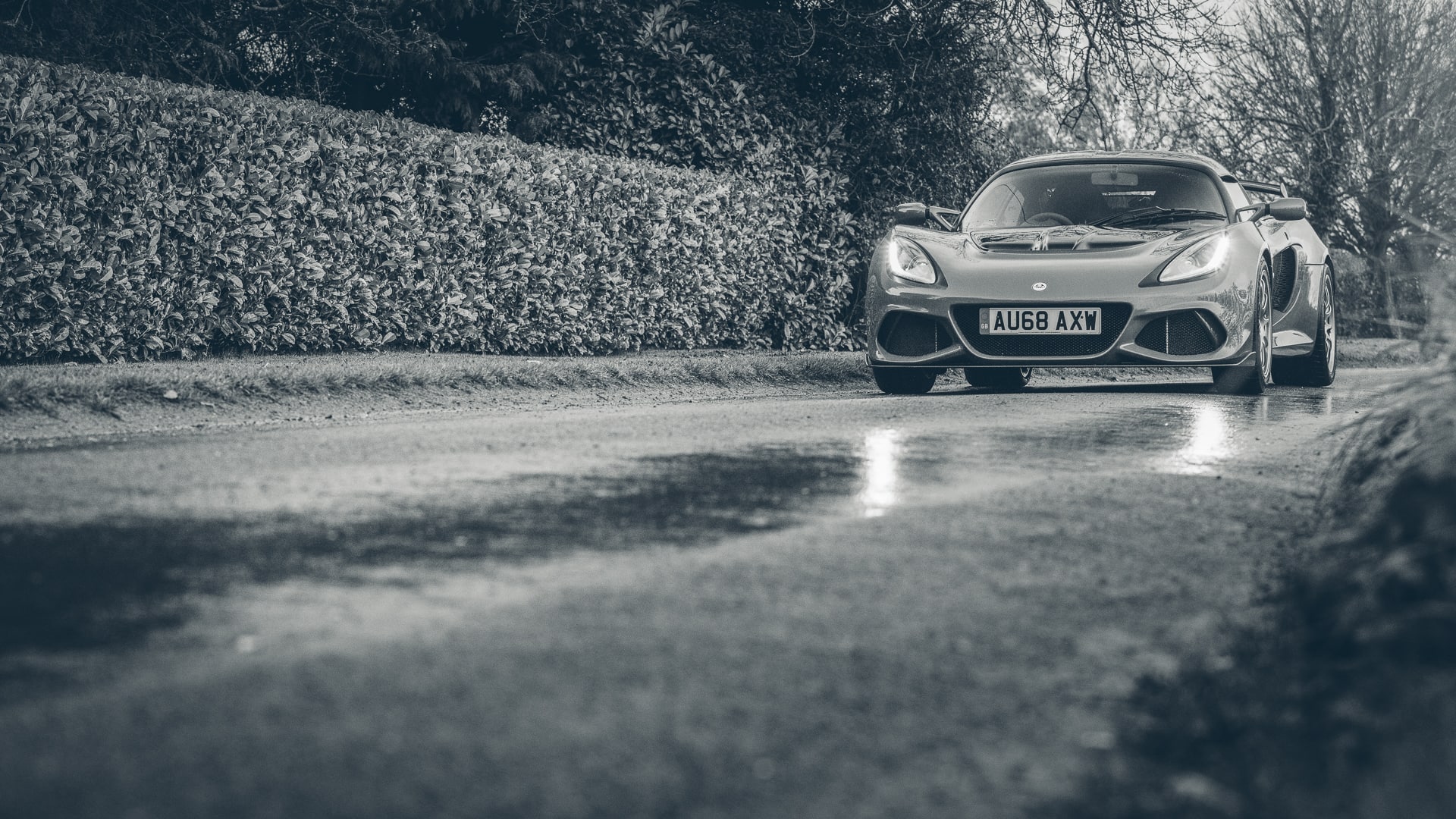 [vc_row][vc_column][fwp_borano_title title=”BUOYANCY” tag=”h3″ title_pos=”text-center” separator=”1″ separator_pos=”separator” title_color=”” extra_class=””][vc_column_text css=”.vc_custom_1467810347562{margin-bottom: 0px !important;}”]I know I’ve replaced lightness from the famous Colin Chapman quotation regarding his Lotus cars, but the context in which I use it was after a day spent mainly under low scudding clouds, howling gusts of chill north sea wind and pouring rain. Making our way out of the factory in Hethel, my first challenge was getting in and out of the car. There is a knack to accessing a car with a wide sill and I didn’t help matters by needing my camera bag with me as well as wearing layers and an oversized winter coat. Leg in, arse in, collapse. Getting out was a whole other world of hurt and I had a whole day of it ahead.

That said, I do love a Lotus. My first experience with one in anger was at Bruntingthorpe many years ago on a track day. There has certainly been some evolutions in that time as well as new products and I still have a soft spot for them. Even with my clumsy entry and exit look.

Flatter than a flat thing

My second challenge for the day was location. I’ll admit, I am a dramatic landscape person and Norfolk, Suffolk and personally, the majority of the east of Britain doesn’t inspire me as much as the west. There are some lovely driving roads but trying to get to them all in one day was never going to happen. We had a few rural places to check out with the red Exige first. One local thought I was there to photograph an empty field that was up for sale and another was happy for us to use his very green hedge in exchange for leaving him the keys. Nice try mate.

Back to the factory, we swapped to the blue Evora and green Exige for the rest of the day and headed up to the north eastern coast road. On the way, we spotted a few locations that offered us some content and so began a day of car hopping, suction cups and basically running in and out of foliage. I broke a shoe, got covered in mud and caught my coat hood on a thorn bush. Occupational hazards I guess, but I have to say as ever, I loved it. I even managed to climb one of the highest peaks in Norfolk (I reckon it is about 33 feet up) and in near darkness, grabbed my favourite frame of the day.

Getting back to the digs late that night, I felt no aches, no pain just happy that even in flat light, poor visibility and not being built for the Exige, I’m more age appropriate for the Evora, I felt we’d got us some great content and I hadn’t broken my back.

Now you turn up

Dawn the next morning was announced with a wonderful golden sunrise. Of course it was. The majority of the day would be spent going through what we’d got the day prior and making selections. In the early afternoon, it was clear we were going to get a sunset. As much as I love to stand at the edge of a mountain in the west coast of Scotland and watch the sun sink into the ocean while above me the first twinkling stars begin to appear, the amount of sky over the Lotus factory that evening was by no means a poor substitute.

We went to get a couple of shots of an Elise and an Evora and the last rays of sunlight that evening were spent more as a workshop over a straight shoot. It was, and always is, magical to share what I do and the rest of the day was seen out going through a mix of editing and technique and seeing how far you can push and pull an image. (as shown here, first as it was shot and then properly shoved around in post) 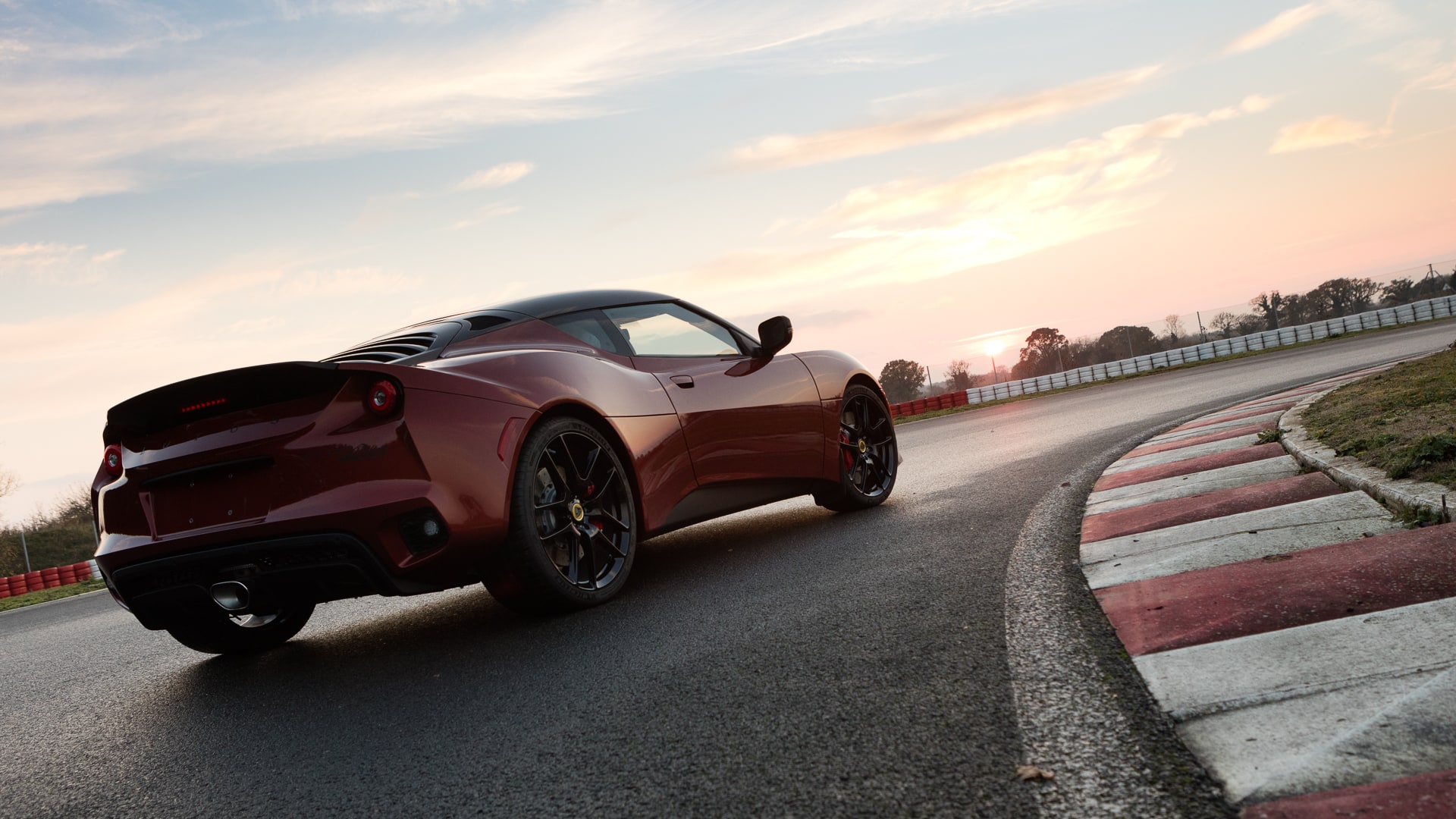 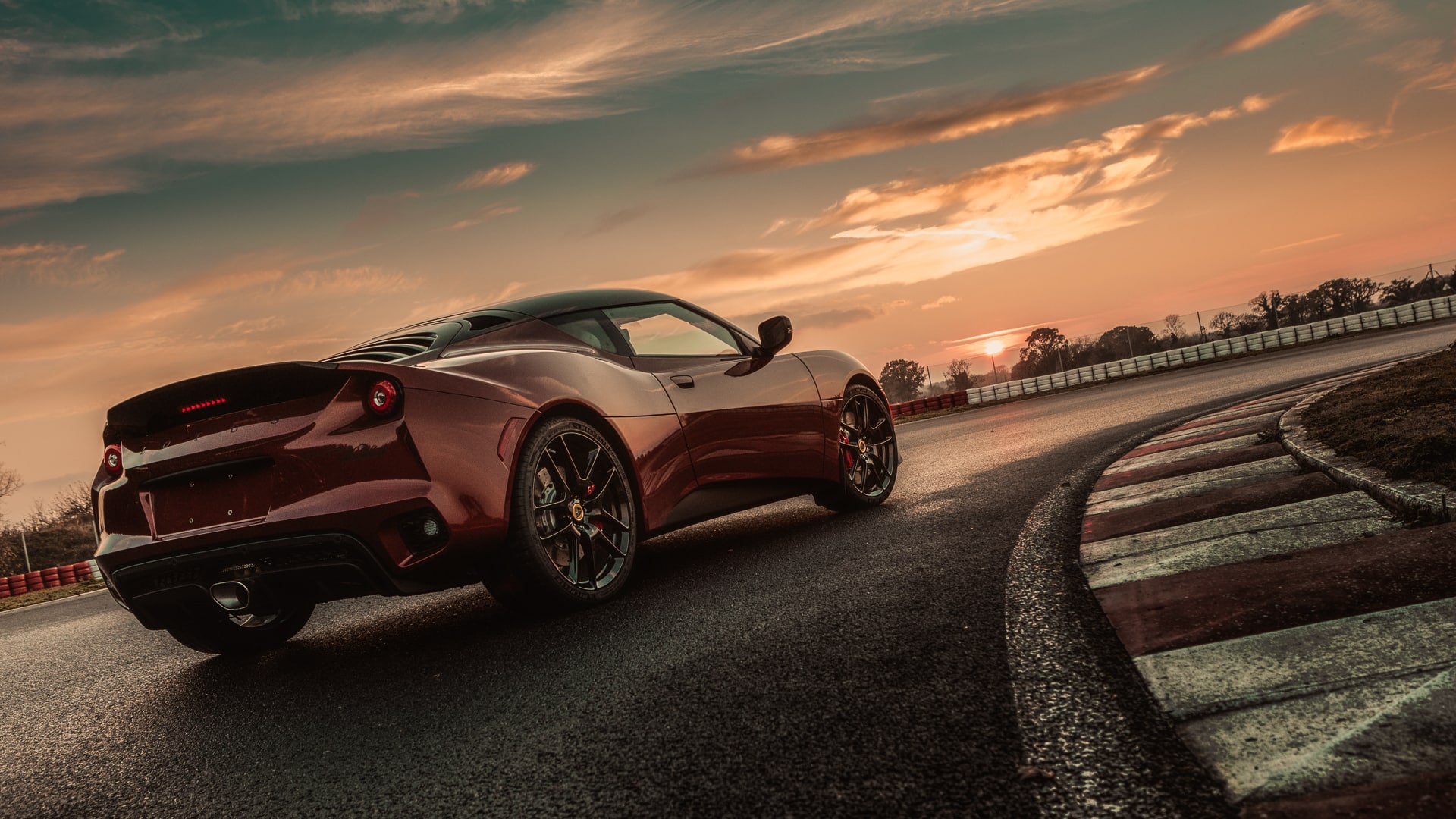 It has been my first time shooting with Lotus and I hope that it won’t be the last.

If there’s something I’ve done that you like and want to know more, drop me a line.