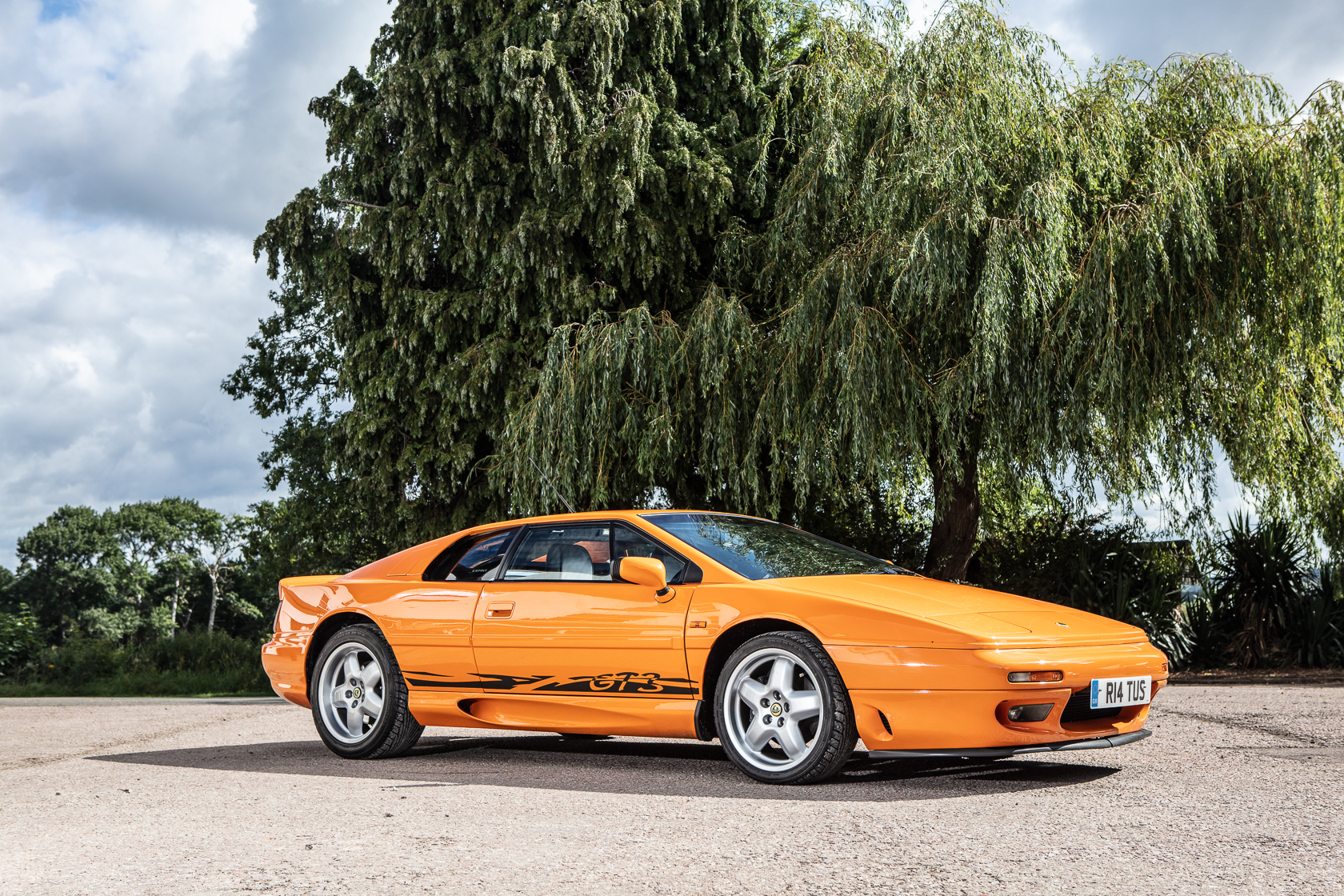 WHAT DOES A TEST DRIVER DRIVE?

Not just pedalling the company line

Company cars are a funny thing. For many years, the roads were filled with ‘repmobiles’ that typically, here in the UK, came from either Ford or Vauxhall (GM). The range of engine size, spec and colour, showed to the world what the drivers company thought of them. Entry level in the firm and you might have an Escort 1.6L or a Cavalier 1.6L. The colours would be a solid paint colour, trim and options would be basic off the peg spec. In some cases, this meant no stereo, just a blanking plate. A sign that you needed to work harder.

Middle-management types could see engine capacity and options list increase. A 1.8L GL, a model change, a Cortina or a new fangled Mondeo came in from Ford. A Vauxhall Cavalier 1.8GLS or even a Carlton with a 2.0L. All of these were the badge you would have parked on your drive to let the neighbours know where you stood.

BMW and Mercedes came along with more management options, grander badges, uprated tartan and, it must be said, a lot higher build quality.

Across the years I worked in the office world, I had my fair share of these cars. I even made it to the heady heights of a 7-series BMW from the awkward Bangle days. It was a great drive but I never cared for the driveway panache or standing it supposedly gave me in the neighbourhood.

But forget what I drove, what do the people responsible for making cars drive? 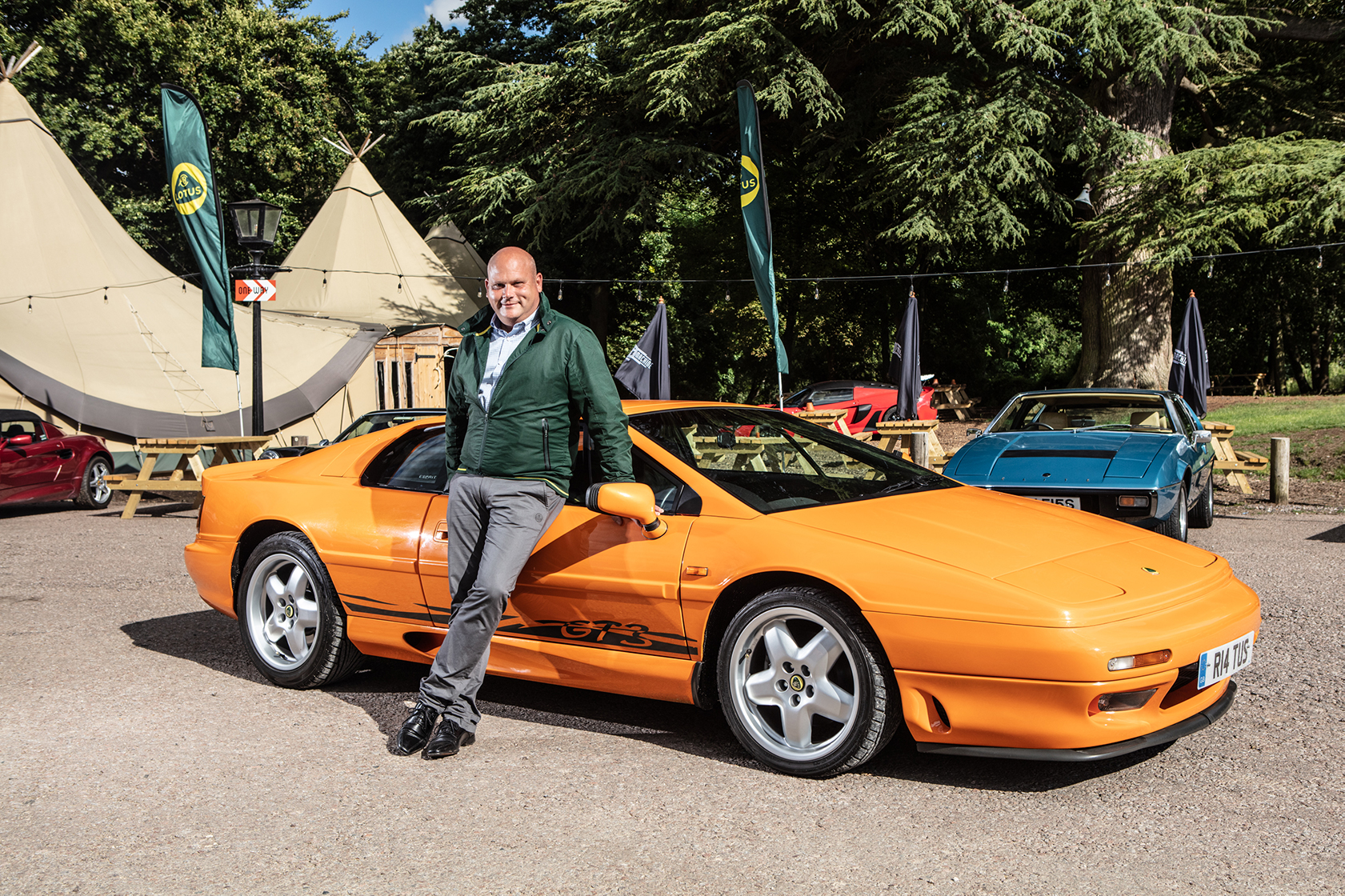 It will probably not come as a shock, that the cars I really wanted to drive weren’t in the car pool or available to be chosen. The Ford RS200, the Opel Manta GTE, BMW M3 or Mercedes 190E Cosworth did not curry favour with the fleet manager at the places I worked.

I did eventually graduate to a Mercedes AMG C36 and thought that I’d made it but looking back, I was tasked with bringing the company £50,000 gross profit per month so maybe it was warranted.

My old boss was a Jaguar guy and had one of the first XK8’s in the UK to sit alongside his wife’s P38 Range Rover. He was very much the Jag driver; ex musician, pinstripe suits, pink shirts, loud ties and brown shoes. Pretty sure he knows where the SAS gold is along with which doors to do a masons knock on to get beers and more at any hour of the day.

But it’s 2021. What does the company car scene look like?

I know that having spent some time around brands within the Geely world that Volvo’s feature heavily in their car parks. And I can see why. Great design, lovely build quality and nothing like the V70 snot rag I once had out of a software house pool of cars for new starters.

But aside from the office workers and management, what do the guys who setup their road cars drive? Well, at Lotus a lot of people drive a Lotus. Including their test driver. 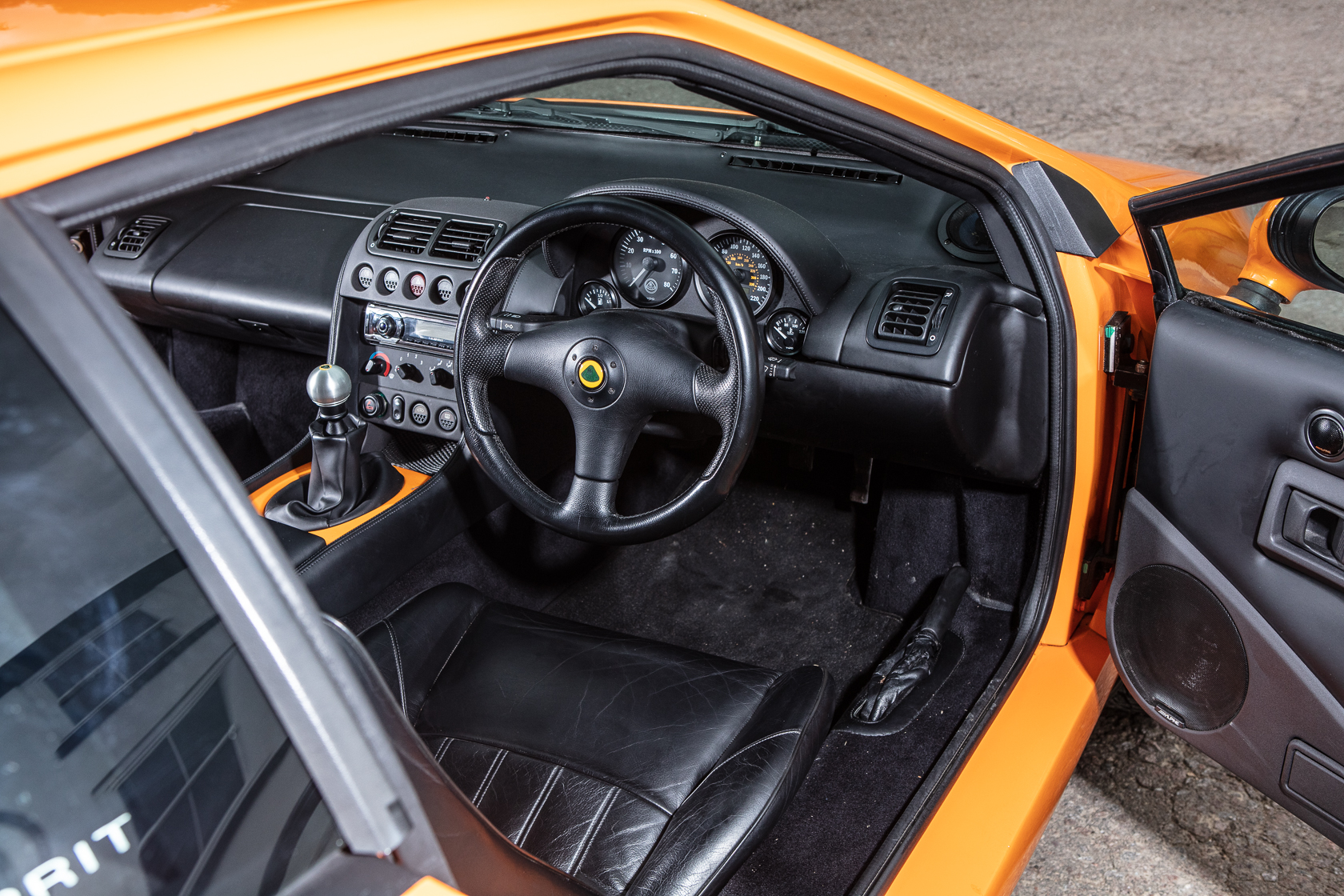 Another by-product of my old office days, was the 110% club. If you were 110% of your target, you would win prizes. It was a continuation of giving more to those that don’t need it. They might deserve it, but it wasn’t needed.

Not that I am complaining as one of my prizes was to take part in a Jonathan Palmer race day. It was a new corporate gift day held at Bruntingthorpe airfield, Leicestershire.

Jonathan Palmer is an ex-racing driver who took over the airfield for corporate types to have a go at driving fast. The cars, at the time, ranged from a Mercedes CLK on slicks through to a single seater Formula Ford. All of these, you were able to drive, timed through a coned section of circuit. It was a competition of 60 people who usually drove a mouse around a spreadsheet but that day, were allowed to give proper cars the beans.

And, to the lucky few, as it was an optional paid extra, a fast lap with a pro-driver in the newly launched Lotus Esprit V8. 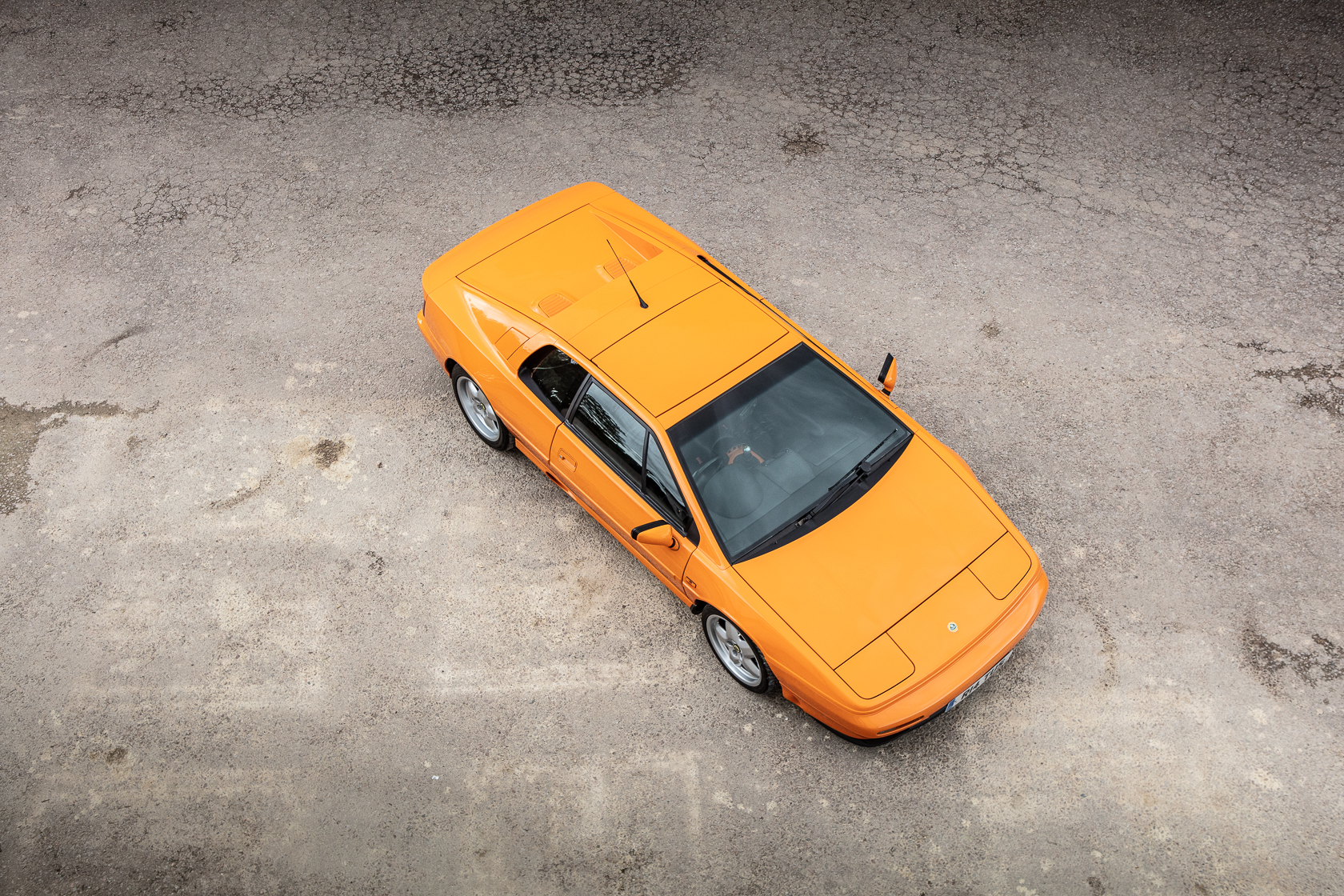 It is a drive that I will never forget. Firstly, for getting into the car. I had a helmet on, the car had a roll cage inside and, as I’ve always had a beer belly, I had to bend myself as much as I could in half to get in. Clanging my head and dropping in an undignified manner into the passenger seat, I shook hands with the driver. I closed the door, belted up and we set off. The speed was intoxicating. As we headed to the first bend, the driver casually asked me if I wanted the radio turned off so we could enjoy the engine.

Given that we were headed to a sharp right hander and he wasn’t slowing down but looking at and turning the radio dial, I didn’t care as long as we made the turn.

We did, and then the speed and rate it was acquired just increased. This was brilliant. We headed out onto the main runway and flew towards the horizon. I’d been taught all day about braking points. This nutter had just gone passed the first one with his foot still planted. We blurred past the second and he seemed to remember that he needed to turn again as we finally began to slow. Not brake mind, just slow.

As quickly as my mind was processing what was going on, we were flicking back through the cones to the drop off and collection point of passengers. As I offered my hand to thank him, he grinned and said, ‘I don’t like Radio 2 anyway’ as I began to extricate myself in a self inflicted Heimlich of removal through the doorway. The next person heading to the car seemed wary but only of my maniacal smile approaching them. I just casually shouted, ‘that’s fucking ace’ as I began to try and take my helmet off. 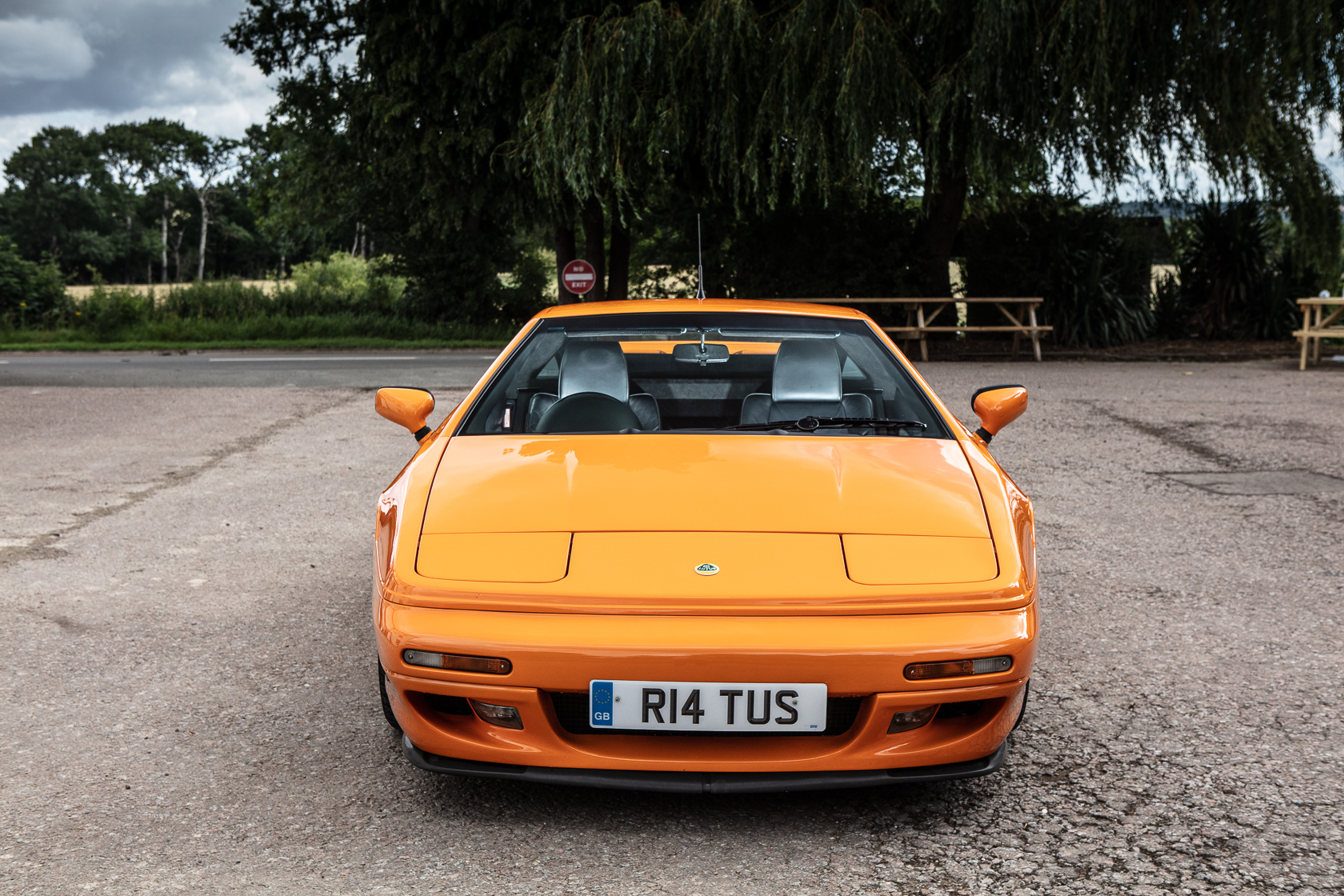 And now, we meet again

Since then I’ve always remembered that fast lap but I’d never actually been in or near an Esprit again. Not for any real reason, it just hadn’t happened.

Then, last year on a media drive, this beauty was on display. Not only did the memories of my fast drive by a nutter make me smile, it turns out that the owner happens to be Attributes Director of Lotus Cars, Gavan Kershaw.

Gavan is ultimately responsible to ensure that all modern Lotus Cars sound, feel and drive like a Lotus should. Stands to reason that is his role as he has been with Lotus since leaving school in 1988. Not only is he utterly product knowledgable, he is every bit as tasty as a driver as whoever it was that threw me around Bruntingthorpe that day. In fact, go and checkout how Gavan didn’t lift or lose it in an Exige at Goodwood Speedweek to see his talents on full show.

He gets to drive every Lotus car today and with some very exciting new models on the horizon, you can rest assured that he is going to help them deliver us some thrillingly decent products. As he told Steve Cropley at Autocar that day, “The job is always to try to make things better, but the driver has to be the centre of everything — the hands, the ears, the fingers, the seat of the pants. That’s what makes a Lotus a Lotus, and it ain’t gonna change.”

Looks like the lineage of nutterdom is here to stay.

“If everything seems under control, you’re just not going fast enough”