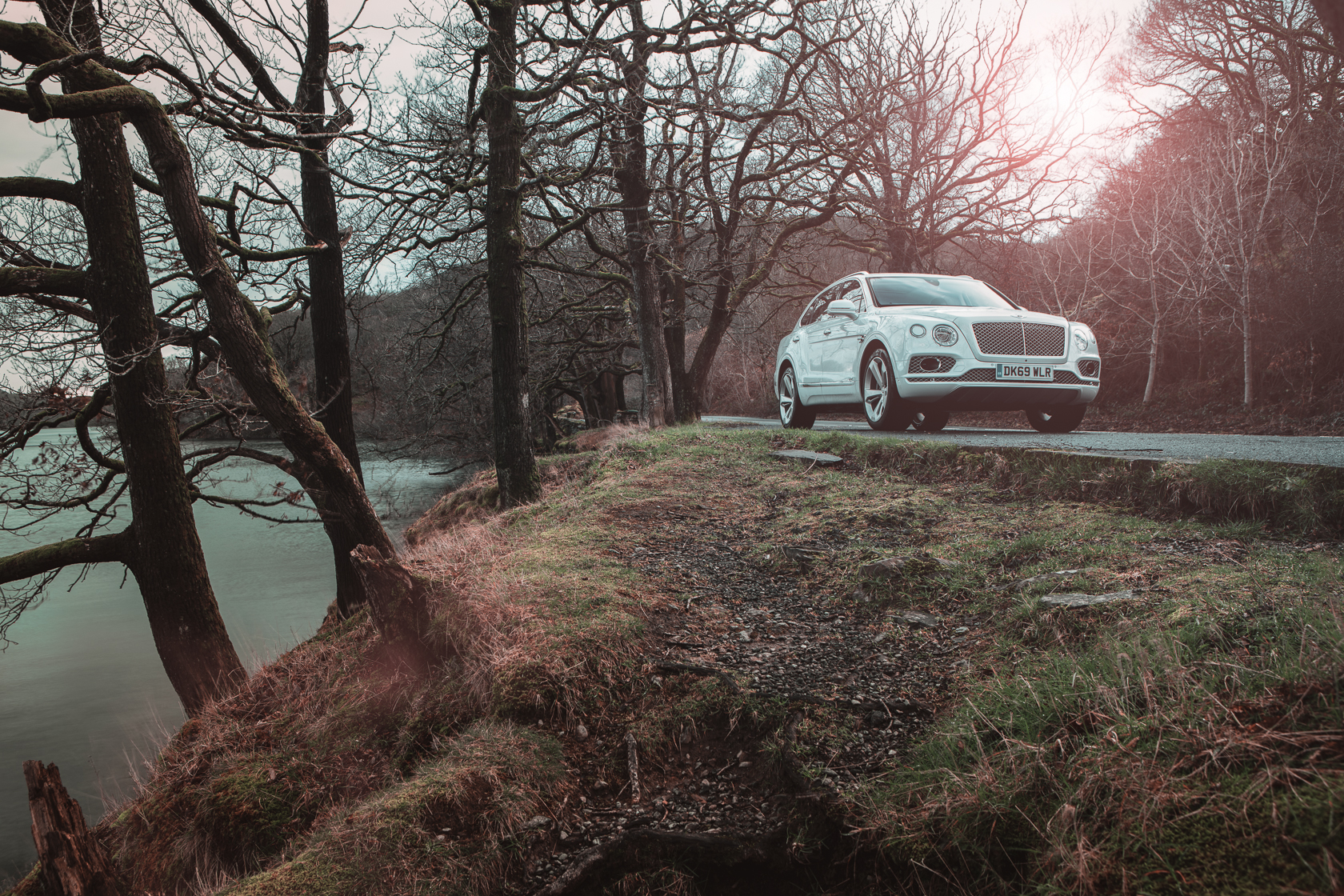 IS IT A THING?

Is the best not just the worst?

The very definition of luxury is a state of great comfort or elegance, especially when involving great expense. Interesting to note that taste isn’t in that definition.

How often we see the newly minted dripping in their luxury. You see it so often that it has become a caricature of itself in many ways; the watch, the scotch, the cigar, shoes and tattoos. Classy.

The height of luxury then is the right ‘things’. Right label, right badges, right price tag. Is this really what we want to aim for?

Fortunately no. Not everyone at least.

Time for a change

The recent charge of the right brigade has seen many begin to question these things. Sustainability is catching on. A good thing too. We don’t need to cancel everything luxury but we do need to question the definition. The term ‘to cost the earth’ is no longer applicable. Having seen climate change for myself, I cannot deny that there is just as good an argument that it was ever thus as well as it being all our fault.

Sustainability and luxury then. Not easy bedfellows but change is coming.

In February 2020, I went to see first hand what these changes consisted of.

It began at Bentley Motors in Crewe. Driving ‘eco’ you would rightly think more of small, lightweight EV over three tonne SUV, but Bentley are already further down the metaphorical road than many.

Becoming the first carbon neutral luxury car manufacturing company has meant many changes to production. Clearly visible at Crewe is the solar panel covered car park that trickles power back into the factory. Less visible is the drop from a V8 to a V6 hybrid in their Bentayga SUV. An all electric line-up by 2030 for all their product range is the goal. 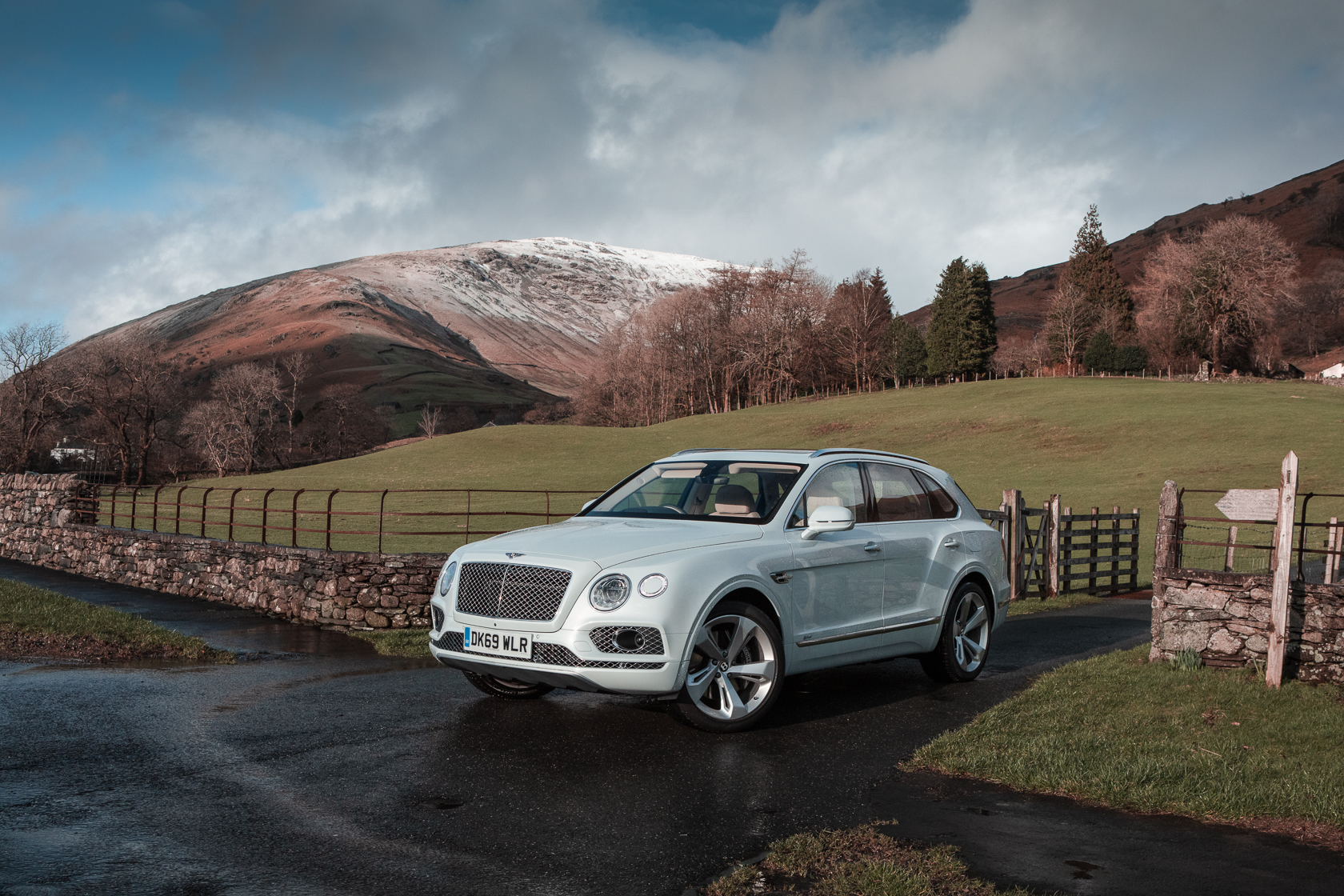 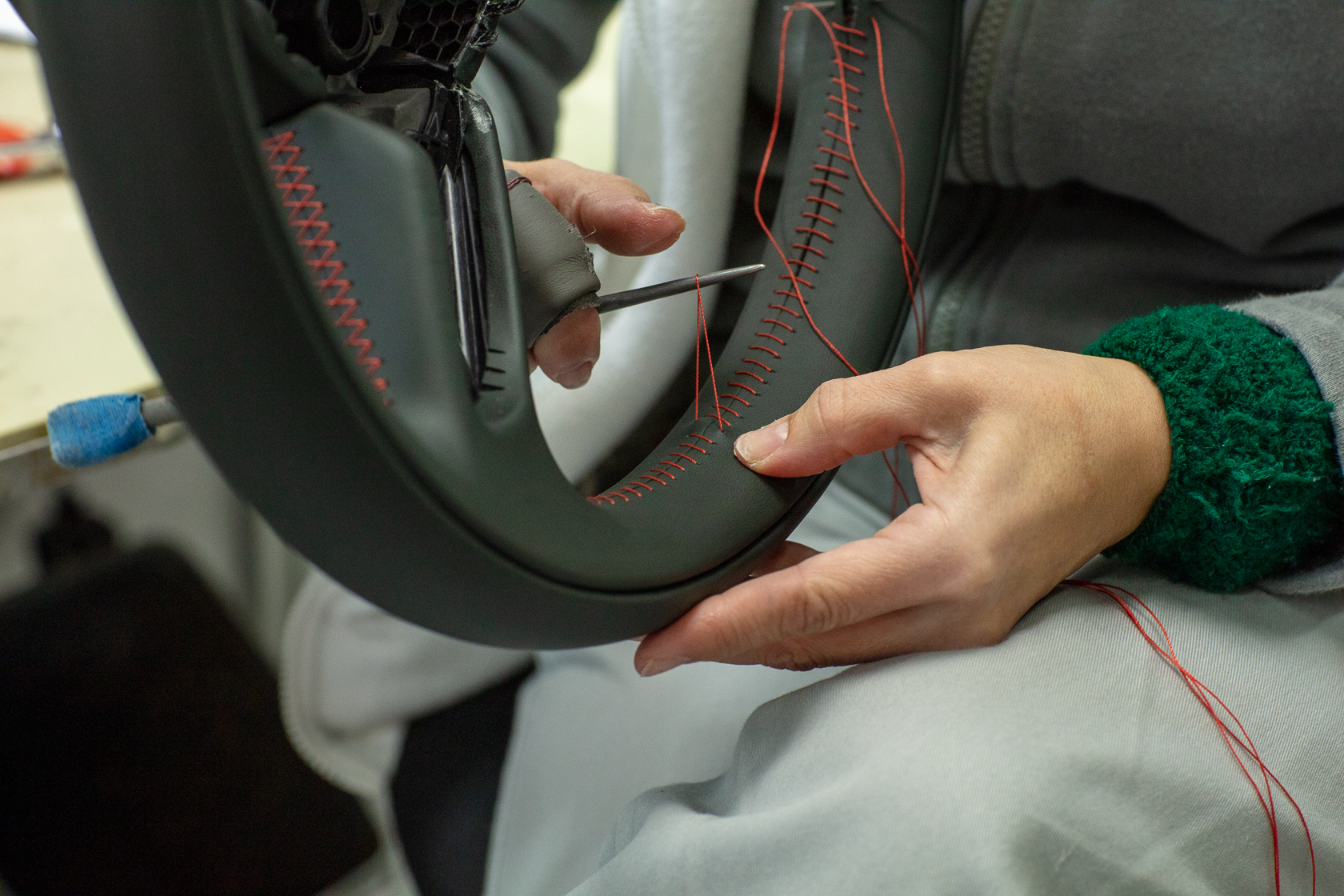 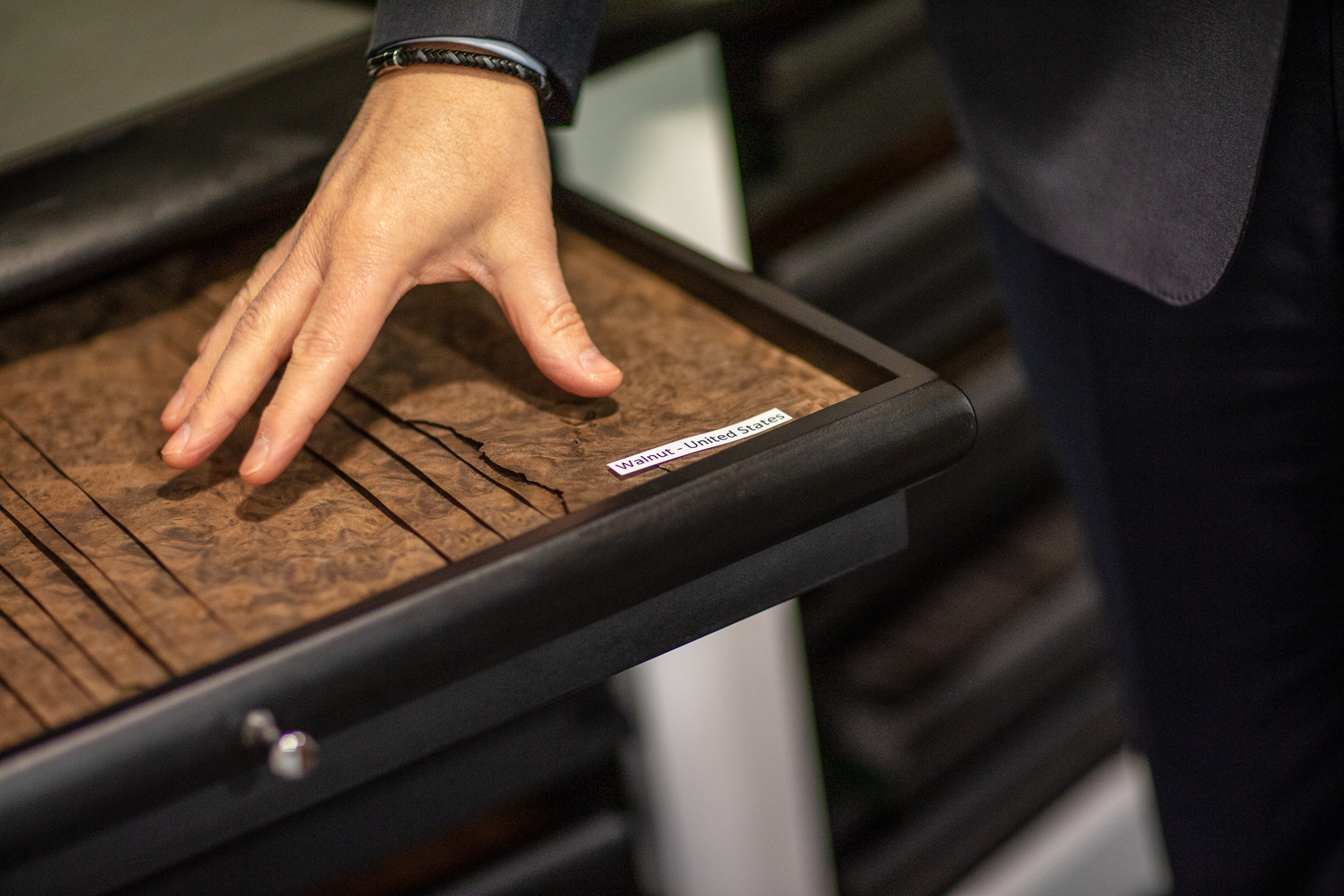 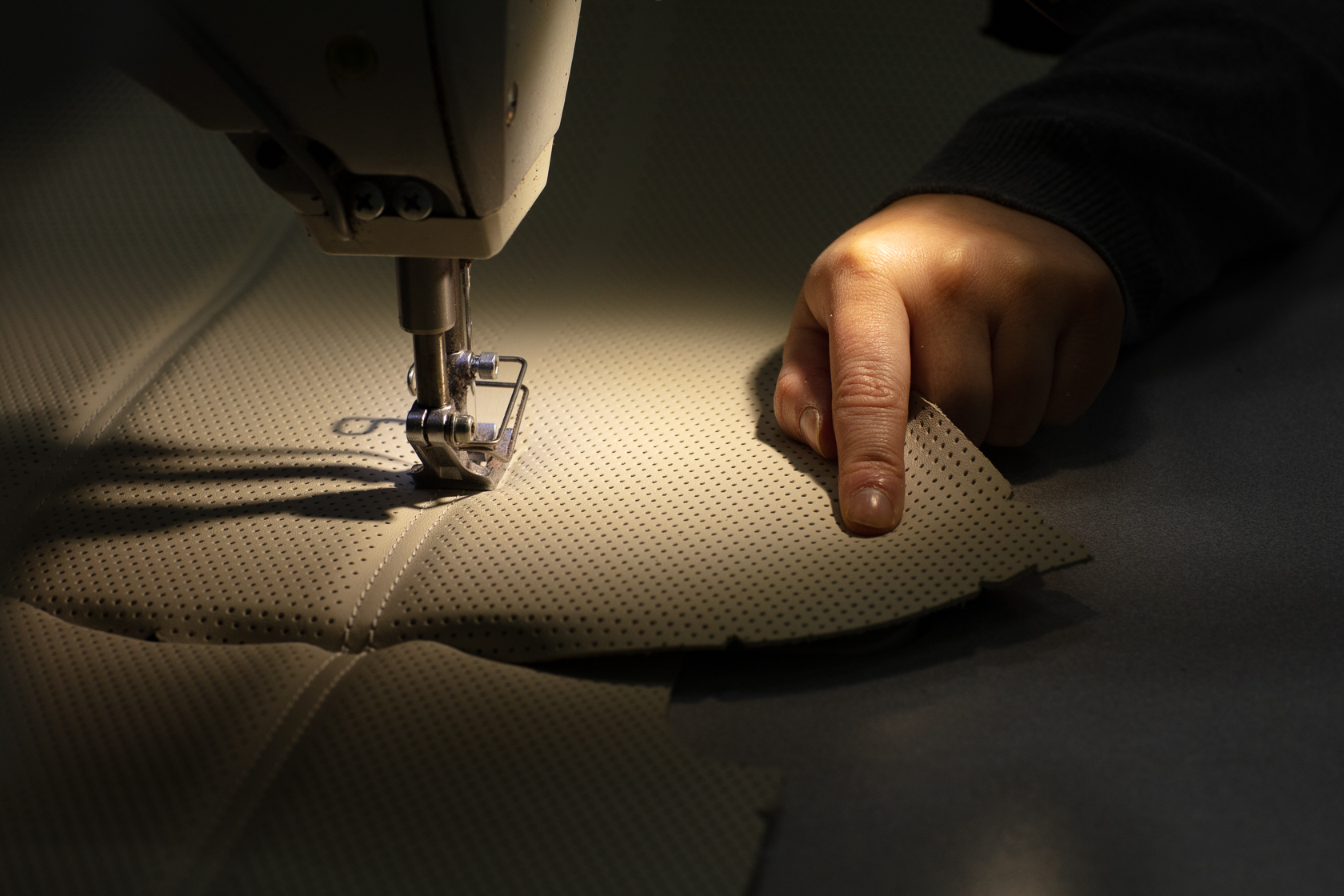 No, clearly not, but to just stand there and lambast them for putting batteries into a big heavy car is to miss the point of a directional change for the company. But what about all that leather? Those cows getting peeled for the seats and the trees felled for the trim, that’s not a green thing to do?

And you’d be right. But again, instead of making assumptions, educate yourself before you get the placards out.

While the trim shop in Crewe has both very rare products and supremely talented artisans, Bentley has begun to source wood that has naturally fallen rather than add to deforestation. Their leather is a by product from the food industry. Stop guzzling the 99p cheeseburgers and you help make the supply of leather less then plant based luxury becomes a reality. We can all be in this together.

Once we’d seen what was happening in the luxury car makers world of sustainability, we headed north to the Lake District to understand how another luxury item is changing its tune. Food.

I am getting old. I know I am for many of the bodily creaks and noises I make when ascending the stairs or, worryingly, from just sitting down for too long. I was also reminded that I’m old when someone asked me what Michelin stars are and why they’re a thing.

Simply put, Michelin needed to sell more tyres. To do that, the best way was to get people driving and wearing them out. The Michelin guide created grand tour routes that highlighted good places to eat on your drive. The rest, is history. 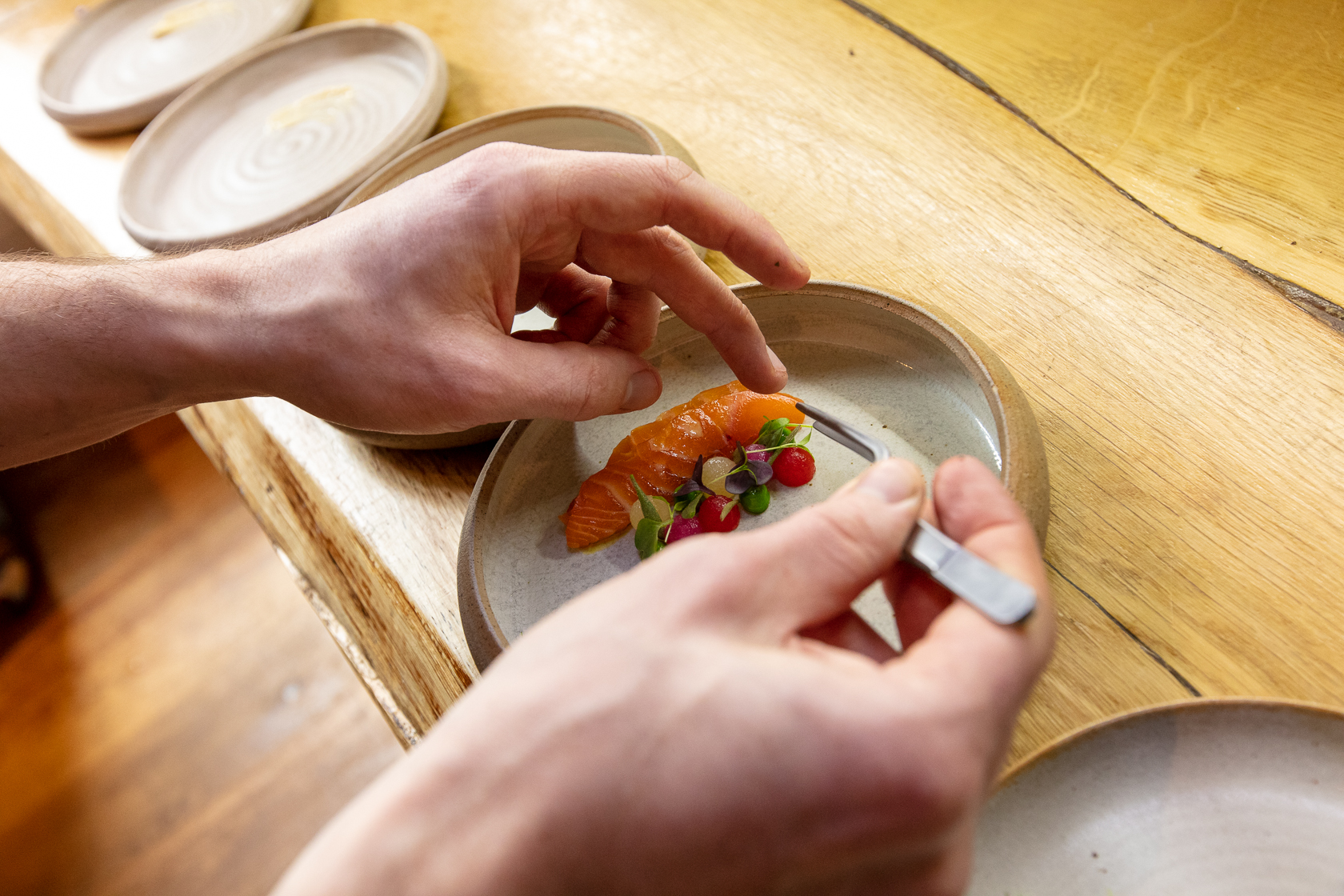 In the food world, a star is a big thing. It signifies an excellence across the cookery, the produce and the service. To get one is tough. To keep one is tougher. To get more, harder still.

With the explosion of cookery programs and celebrity chefs, it has all come a long way since my days as a youth. The menu’s around the world have vied to push the culinary boundaries of cookery and regularly feature the best of the best in terms of produce and skill.

But what is the actual cost involved in taking a black truffle from the earth in France and then grating it over a dish for a diner in Sydney?

Cows (again) grass and grain fed, hand massaged in Japan and then finally slaughtered and served around the globe as finest Kobe beef. How large is that carbon footprint?

Don’t think I’m aiming this solely at the luxury market either, convenience is just as guilty. People may moan that a butcher charges £12.00 for a chicken when you can get one in Tesco for £3.50 but please, question the traceability if you are going to quibble on price. It matters. Deeply.

While in the Lake District, we visited the Forest Side Hotel in Grasmere. 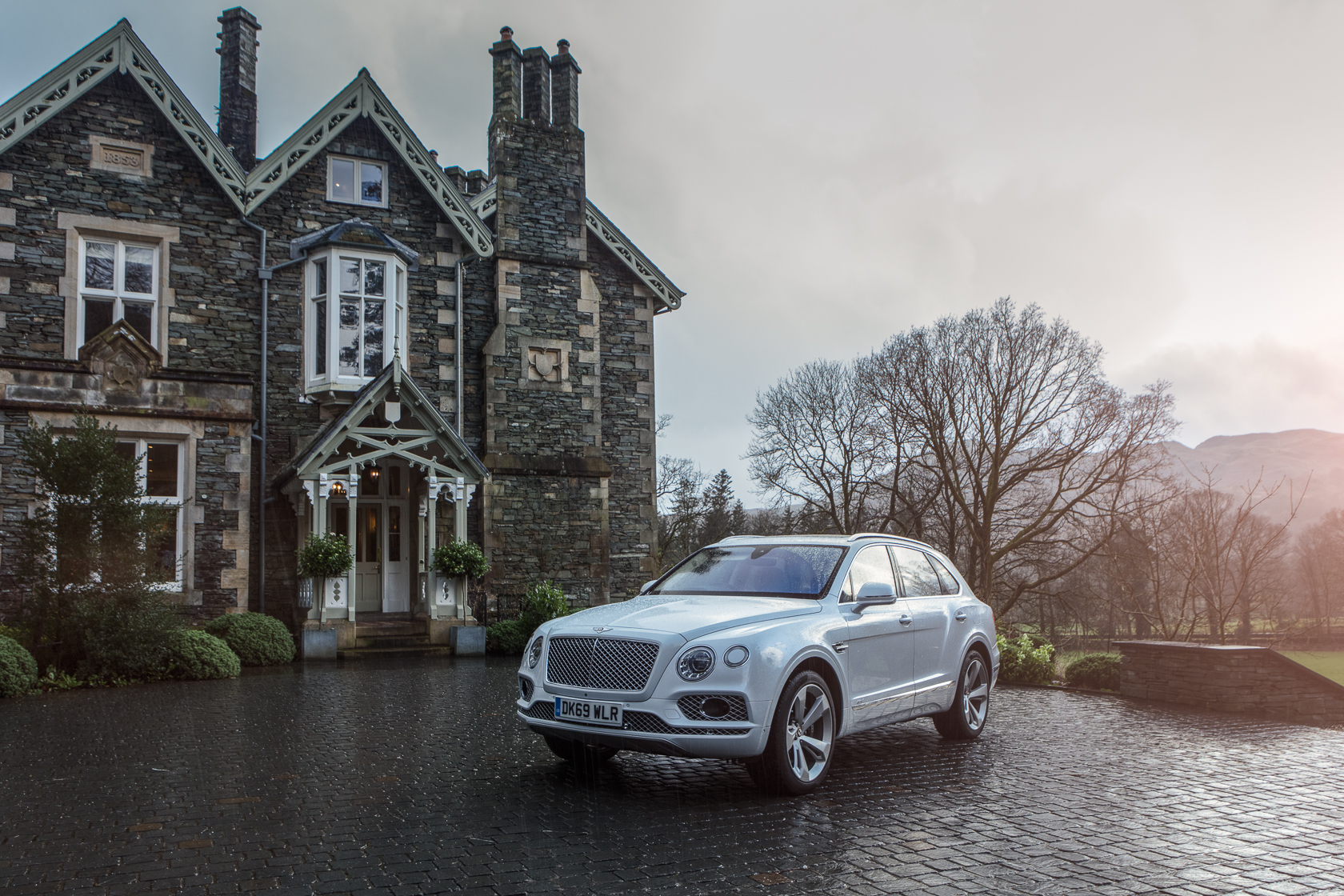 The restaurant has been taken over by Paul Leonard and his team and he takes a defiant stance on sustainable fine dining. The first thing needed here was a kitchen garden. Taking inspiration from the likes of Simon Rogan, the team set about clearing the space between the hotel and staff car park and made some interesting discoveries. In what was the old compost heap, all manner of kitchen scraps including an old electric kettle were found.

By the time we visited, the new raised beds were in and the compost heap was devoid of electrical goods. The fruits of the gardeners labour were beginning to hit the dining room. 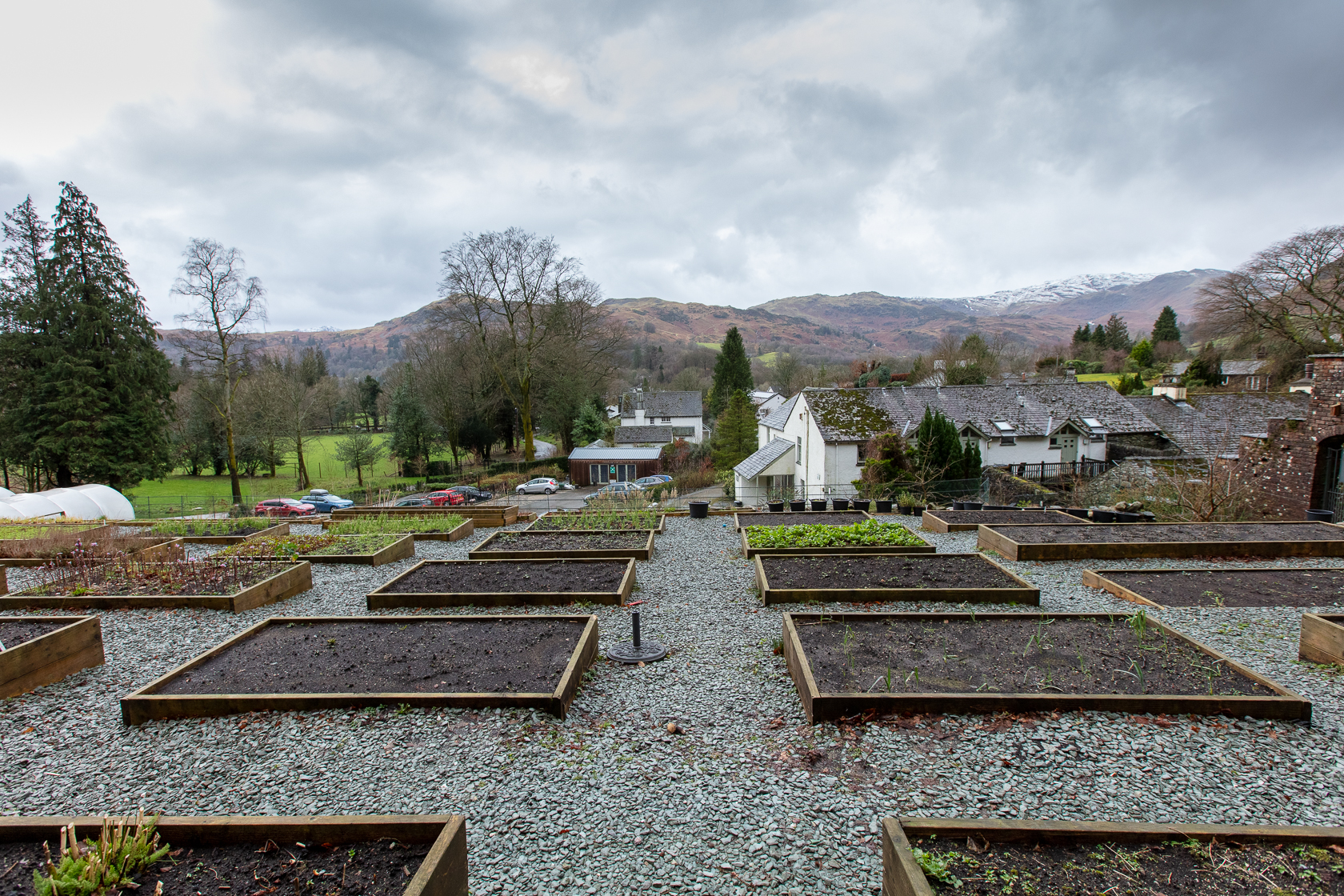 Local business received his spotlight too. Bread from the nearby Lucia’s bakery comes in daily. Meat from the surrounding farmland. He and the other chefs forage the fells so much so that he has to force a member of his team to take a day off such is their passion to see what they can create.

Some things still come from further afield yet he has taken the stance of bringing these suppliers on message too. He received a delivery of fish that arrived in the standard styrofoam crates and before he placed the next order, he went out and purchased his own crates and had them labelled so that there is no more unnecessary waste when they now have deliveries. It’s these little things that matter. 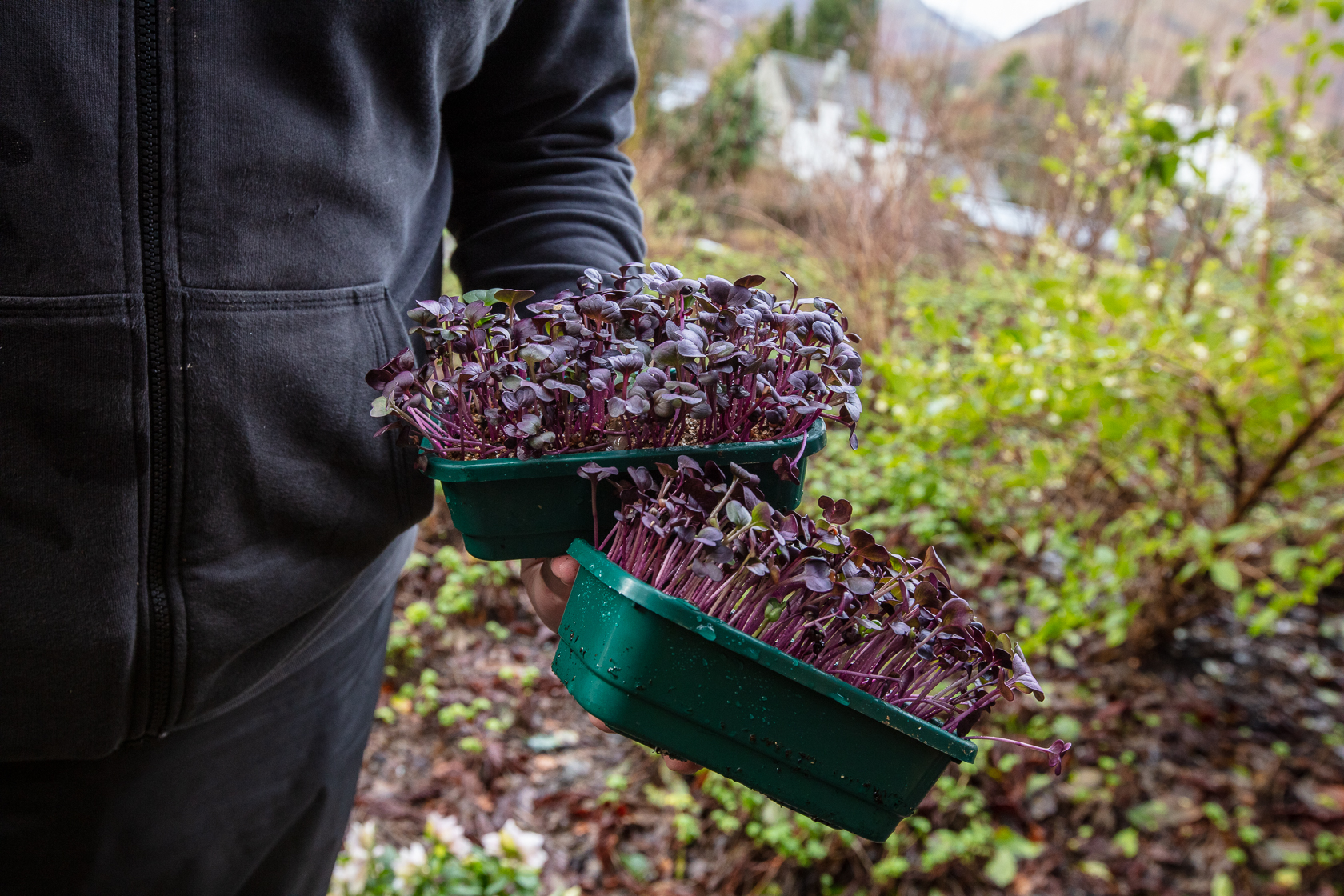 Do you really need another ‘thing’? Would it kill you to perhaps not? Or at the least, make do and mend until you really need something and then see what your options are. Upcycling, recycling, all are options but understand fully before you invest.

For food, where has it come from to placate your hunger. Learn the seasons and try to eat with them not against them. Go local and see what you can find. I’ve had some wonderful and cheap eats from local farms in areas I didn’t even think there were farms any more. If the farm shop isn’t on or near a farm, stands a good chance of costing quite a bit so again, question everything.

Money, convenience, the modern world, it can all be a case of ‘why should I do it when most people won’t?’ Yet that is the very point. If we all don’t make a change, no matter how small, the bigger changes won’t happen and the bigger the need for change becomes.

As a serial offender in the consumption stakes, it has probably been a direct result of the pandemic and Brexit that I am finally starting to make changes I can own and how I can lessen my impact on the planet.

It isn’t mandatory and I’m not telling you to, I’m not your mother.

But if I can then maybe you can too.