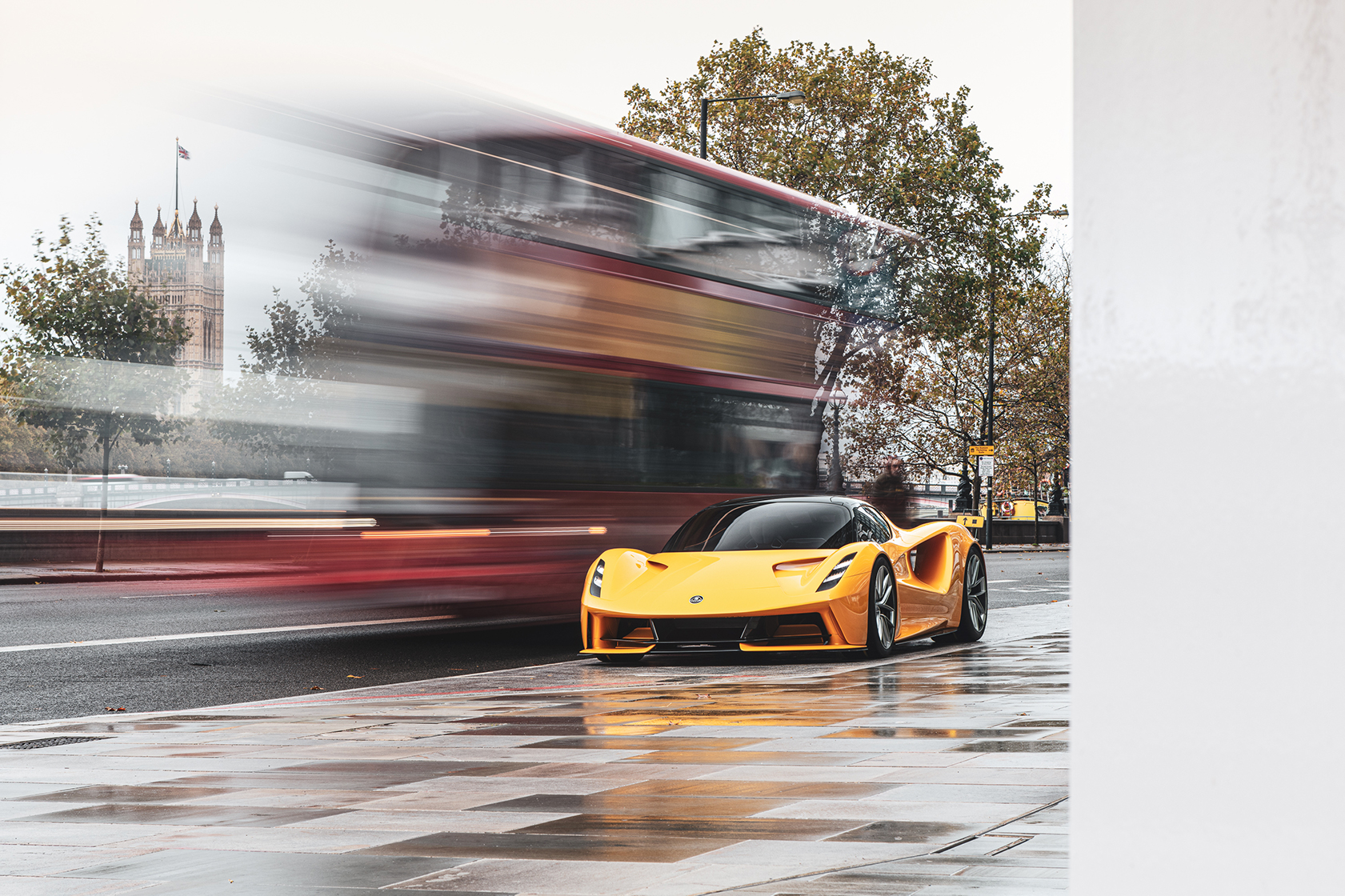 DON’T GET IT WET!

Last year, the Lotus Evija was taken to the Duke of London in Brentford for a day to spend time with influencers and content producers.

The following day, we were then taking it to some real world locations for some real images and not just composites. There were only a couple of things that we needed to be aware of. Firstly, it is a show vehicle and is therefore manoeuvred at a snails pace and two, it is not to get wet. 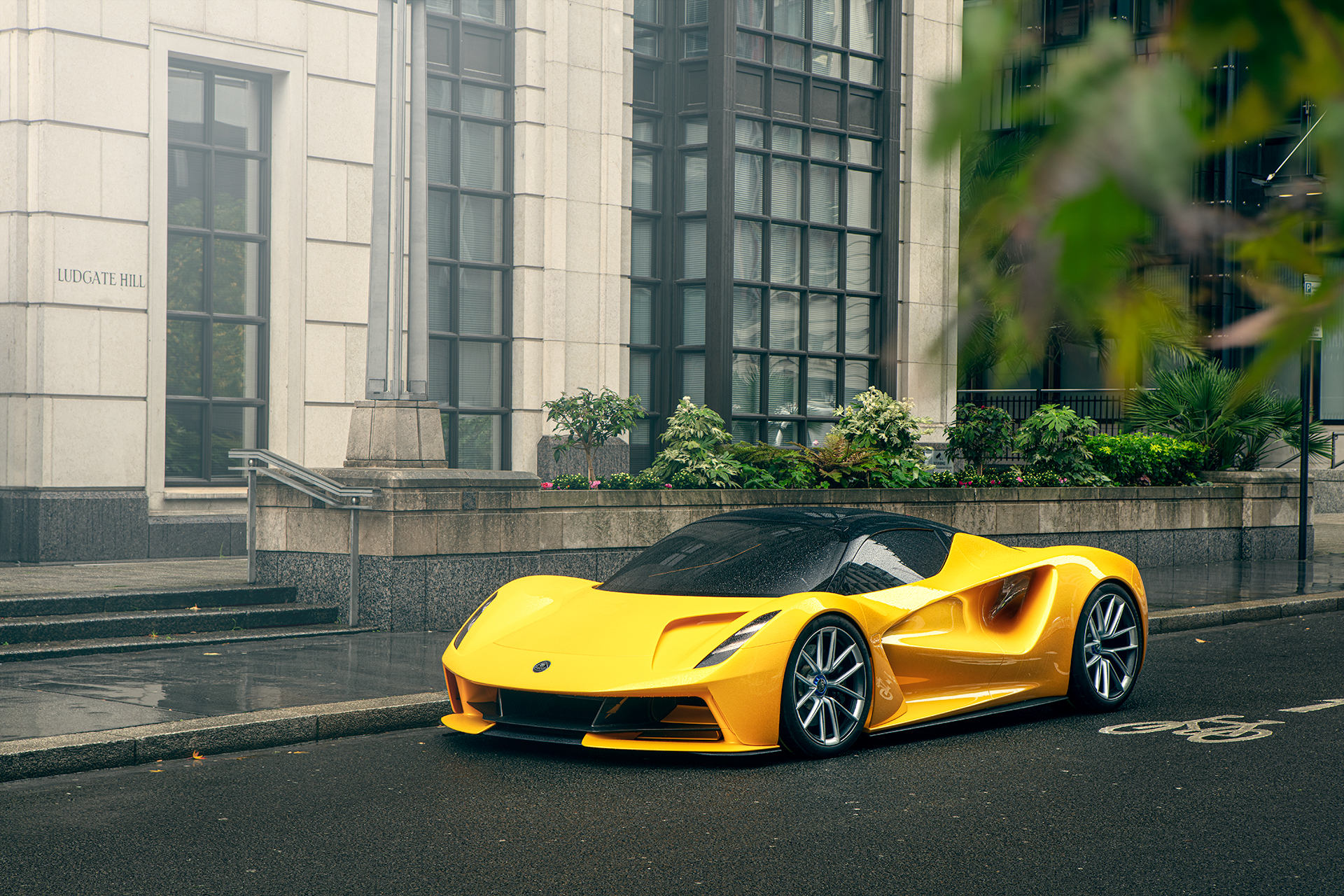 Better get a wriggle on

Firstly, and frankly, London can be a pig of a place to shoot. Granted, it has some wonderful spots and locations, buildings and architecture, but it is normally either ruined by paperwork, stupidly high location costs (everyone wants paying in this town) or my biggest bugbear, signs.

I don’t know why, but we must all be thick as shit over here; a plethora of signs vie for your attention just to let you know there’s a traffic light in 50 yards. And a left turn. And a right turn. A cycle lane. Pedestrians. No stopping. A red route. Congestion charging. A bus stop. No parking. A loading zone. A speed limit. A speed camera. OH PISS OFF!

Whereas Paris is ruined by its graffiti, London is decimated by its signage.

This day though, the weather was also in play. Important tip; Accuweather is anything but accurate.

Still, we found some locations, made a plan and set off. 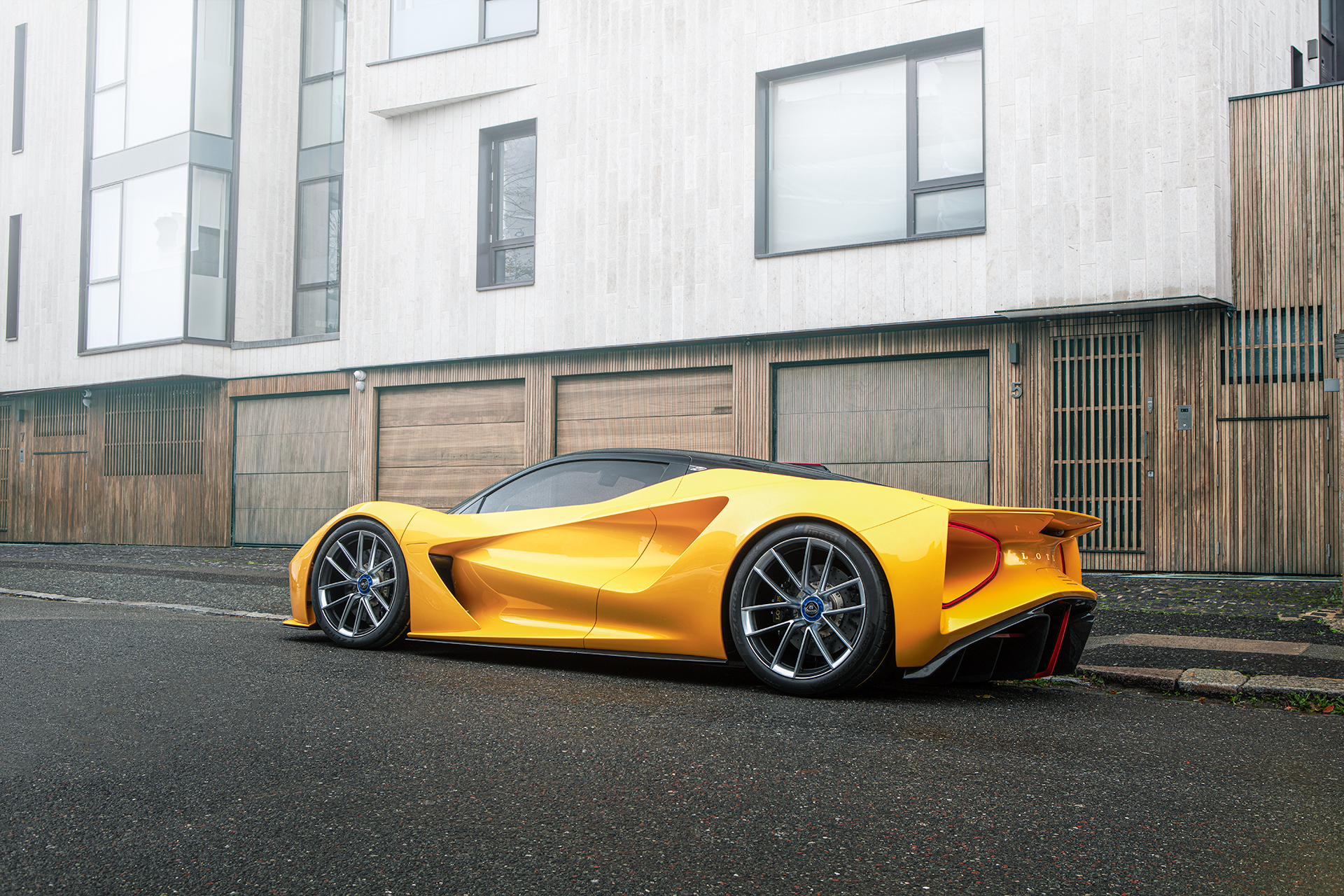 One thing that is always a difficult thing to do is mix stills and film. On the same shoot day.

There was a need to hook up with a film crew in Saville Row for a collaboration shoot so while they filmed, I shot the BTS. Luckily, it was a crew who I knew but hadn’t met so it was good to catch up and help out.

As if you needed to guess though, the rain came. By the reservoir load too. Still, made for some nice reflections! (No, that’s not Michael Gove in the window) 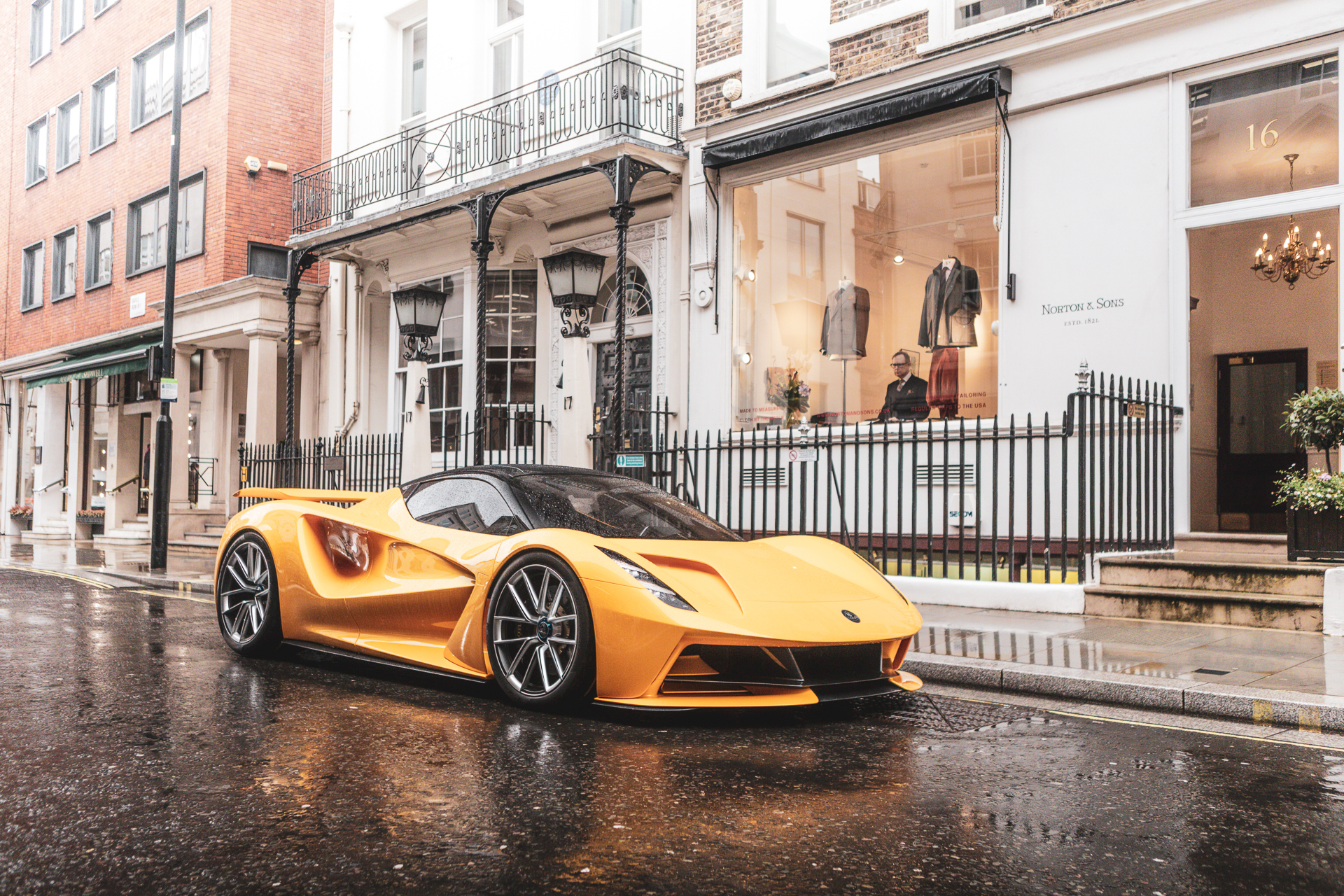 Then, it went dark

I’d picked out a couple of newish locations down in Battersea where I thought we might be able to do some light painting in a real gritty yet partly gentrified area of town.

It’s interesting to see how gentrification seems to be slowly radiating out from central London and pushing into areas where, in my youth, you’d not really venture. £20m houses tower over and back onto dark alleys that even now, you might question heading down.

Still, we had enough people to get out. Or run away.

Once the rain had subsided, we managed to dispel the interested crowds and chat with the locals, a few of which really fell for the car.

Finally, shots taken, Chris at Mack Logistics came in and the Lotus team packed up the car and we were done. Challenging but rewarding, the images finally went out last month after not being seen at large for nearly 6 months. Good times. 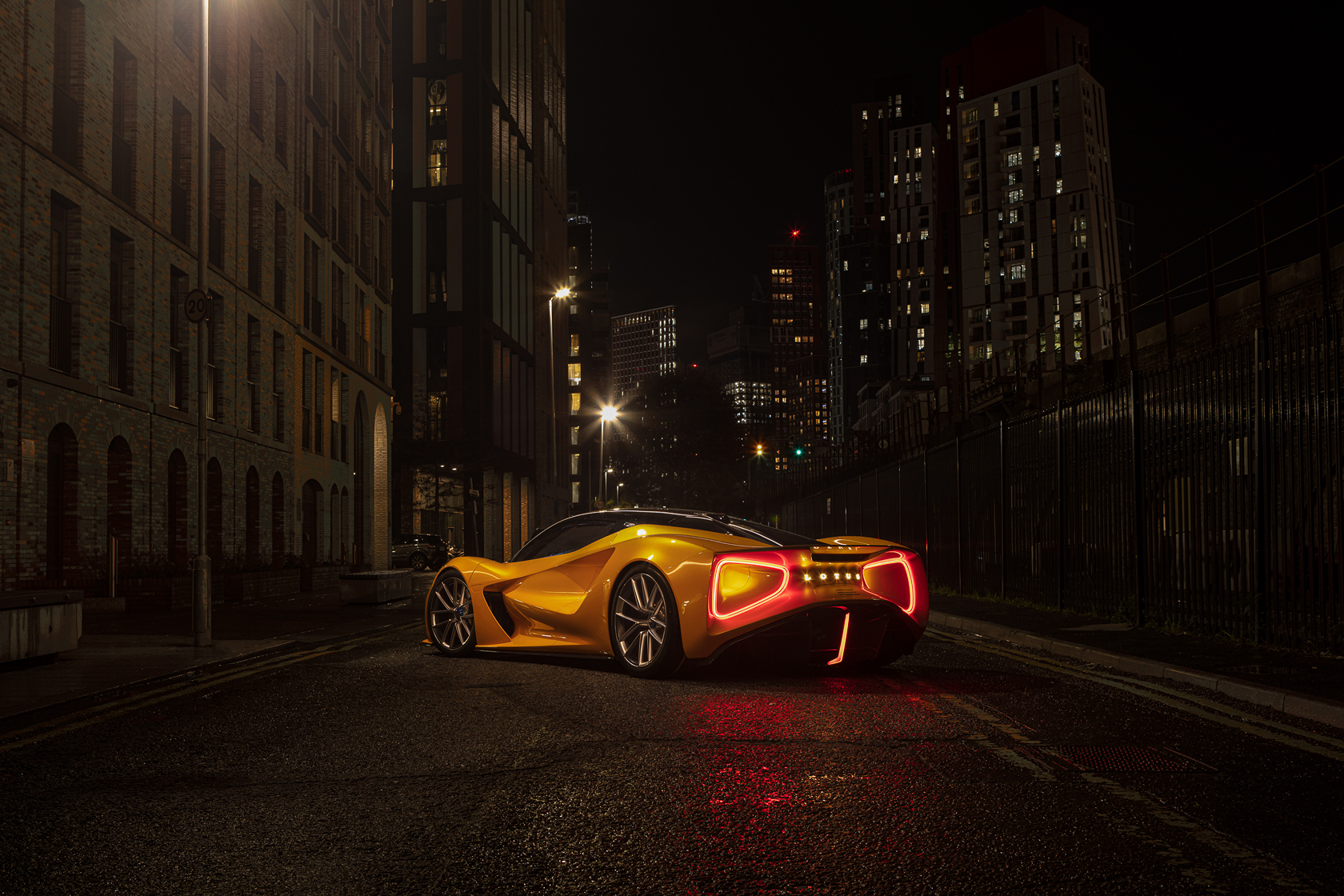